The Trap of Debt Consolidation 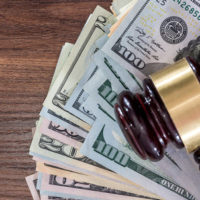 We want to tell you more about some of the harms associated with debt consolidation and to provide you with additional information about how consumer bankruptcy may be able to help with your debt load.

Debt Consolidators Can Take Your Money Without Helping Your Financial Situation

In the end, many of these consumers end up being sued by creditors and ultimately file for personal bankruptcy. At that point, however, those consumers have spent many more months of debt piling up while their credit reports continue to worsen.

Rather than turn to debt consolidation, consumers should consider the benefits of personal bankruptcy. For individuals or couples who qualify for Chapter 7 bankruptcy, this type of bankruptcy can allow you to discharge all eligible debts in a relatively short amount of time and to get a fresh start.

Do you have questions about managing consumer debt? An experienced Orlando bankruptcy attorney can discuss your options with you today. Contact Goodblatt-Leo to learn more about how we advocate for consumers in Central Florida.