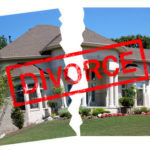 When a married couple gets divorced in the Orlando area, part of the divorce process involves property division or property distribution. This is a process in which the court divides marital assets and liabilities according to a theory known as equitable distribution. When property is distributed equitably, it is divided between the parties in… Read More »

The Fight Over Fido — Who Gets to Keep the Family Pets in a Divorce?

We’ve all heard the joke that says, “We’re staying together for the sake of the dog”.  But in reality, many couples do end up facing a divorce, and in addition to all the other painful decisions about who gets what, pets become part of that dilemma. Although many of us love our pets as… Read More »

Asset Division: Deciding Who Gets What

By far the most complex part of any divorce is usually asset division. While Florida is an equitable distribution state, which means that the couple’s assets will be divided according to fairness rather than a strict 50-50 split, it can be difficult even within the equitable framework to decide who gets what, and which… Read More »

What Happens When Your Spouse Refuses A Divorce?

When you decide to file for divorce, it can be a very rude awakening if your spouse simply puts his foot down and refuses to participate. However, he is legally within his rights to do so, and can make life difficult if he so chooses. Before you file for divorce, it is critical to… Read More »

When it is time to call it quits on a marriage, couples have certain expectations – some positive and some negative. Divorcing couples might expect to get some of their time and energy back after years of constant fighting. They may also expect some financial setbacks. But there are also those things people would… Read More »

When a Spouse Stops Paying the Bills

Divorce is usually not just an emotional challenge, but a financial one as well. When two people decide to split up, it means severing the economic ties that hold the marriage together. Indeed, this separation of assets and income is what consumes the lion’s share of the time spent on many divorces. In most… Read More »

Is my Self-Employed Ex Hiding Income and Assets?

Child support and alimony can be difficult to collect, especially when an ex tries to hide his or her assets. Some spouses may discover that business owners hide assets and profits in their businesses just to avoid paying the right amount of child support or alimony. This becomes even more difficult to notice the… Read More »

In a recent appeal to the State Supreme Court, the Court found that broad prenuptial language waiving a spouse’s right to any claims against the other spouse’s nonmarital property, even accrued interest or increases in value of that property, are waived. To understand a little better, one must look at how Florida law divides… Read More »

When Relationships Go Bankrupt, the Obligations Do Not

Few things are as certain in life as the reality that divorces are not only emotionally draining, but financially exhausting as well. Similarly, few couples make it through a divorce without some financial hardships. Even if just a minor reduction in credit score or the loss of equity in a vehicle, divorce hurts the… Read More »

Diamonds are Forever; Marriage Not So Much

While we have all become quite accustomed to hearing about divorce, people tend to flinch when we talk about a recent phenomenon known as “gray divorce,” or divorces between older adults. No one likes to think about the end of a marriage, much less the end of a long marriage. However, research shows that… Read More »