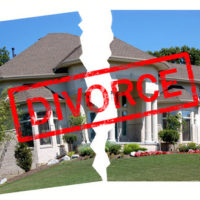 When a married couple gets divorced in the Orlando area, part of the divorce process involves property division or property distribution. This is a process in which the court divides marital assets and liabilities according to a theory known as equitable distribution. When property is distributed equitably, it is divided between the parties in a manner that is fair to both of them based on a variety of factors outlined in the Florida Statutes (Fla. Stat. § 61.075). While the equitable distribution usually means that property is divided equally between the parties, it is important to recognize that equitable does not mean equal. But how do Florida courts even determine what property is subject to distribution?

According to Florida law, marital assets and liabilities include the following:

Any property that falls into the categories listed above typically is subject to distribution in a Florida divorce.

Nonmarital property is not divisible in a divorce proceeding. According to the statute, nonmarital assets and liabilities—also known as separate property—include the following:

Commingled Property and Seeking Advice from an Orlando Divorce Lawyer

In some cases, courts can trace out proportions of non-divisible property, but it is important to work with an experienced Orlando family lawyer on your case. Contact Goodblatt-Leo to discuss your case with an advocate today.