Skip to main content
OUR OFFICE IS OPEN, AND WE ARE EAGER TO SERVE THE LEGAL NEEDS OF NEW AND EXISTING CLIENTS. WE ARE ACCEPTING NEW CLIENTS AND SCHEDULING MEDIATIONS. APPOINTMENTS ARE CONDUCTED VIA VIDEOCONFERENCE, TELEPHONE AND IN PERSON. WE ARE ADHERING TO CURRENT CDC GUIDELINES, AND ASK THAT YOU DO SO ALSO. STAY SAFE AND HEALTHY.

What Happens to Alimony Under the Recent Federal Tax Reform Law? 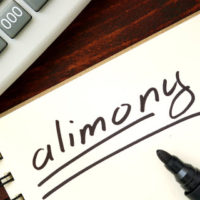 When the word divorce enters a spouse’s mind, and certainly by the time the concept is spoken aloud, fears  about the myriad of issues can be overwhelming.  . Finances are certainly of great concern, as a person’s standard of living is bound to be impacted by severing the marriage. One feature of divorce designed to provide some financial assistance, though sometimes temporarily, is alimony. Alimony, or spousal support, is one matter particularly prone to produce disagreement, since most spouses asked to pay this obligation are quite reluctant, if not overtly hostile. While the media tends to depict spouses asking for alimony as greedy and shallow, most really need the support to avoid dire straits as they seek to find adequate employment. Recent changes to the federal tax code are likely to make negotiations over alimony more difficult, as a key benefit previously offered to payors will no longer be available in just a few short years. This legal change is also set to affect pre- and post- nuptial agreements, since alimony is often a key component of these contracts. A discussion of the changes to the law, and how those are anticipated to impact decisions on alimony by paying spouses, will follow below.

Changes to the Law

As noted above, alimony is meant to provide financial support to a spouse with fewer resources, but the person charged with providing this support, even though it will likely last for a set period of time (permanent alimony is now awarded less often than other forms), still is pulling funds from a finite pool of money. To help alleviate this financial burden, federal tax law permitted paying spouses to deduct this expense from their tax liability, and required the party receiving the money to report it as income. Under the recent reforms to federal tax law, alimony is no longer deductible, nor countable as income. The changes will not affect current alimony obligations, but will apply to all divorces in which a judgment is entered after December 31, 2018.

According to government statistics, women are the overwhelming recipients of alimony payments. Thus, any negative impact from this change in the law will disproportionately affect women who are already facing challenges re-entering the workforce. These changes are expected to make divorce more complicated, because those paying alimony will have less available to allocate for this support, and consequently, will have a greater incentive to refuse any amount, or only agree to pay substantially less than the payee spouse needs. Lawmakers justified the change by saying divorced spouses receive greater tax benefits than married couples due to the allowed deduction, and wanted to shift the paradigm to the child support model, which is neither deductible nor countable as income. Further complicating matters, existing prenuptial agreements assume alimony deductions will apply if divorce occurs, which may not be the case. This reality could produce more litigation and less reason to engage in settlement talks, but an experienced divorce attorney can provide the guidance needed to avoid this result, and allow for a more amicable split.

Talk to a Florida Divorce Attorney

The consequences of divorce often last for the rest of a person’s life, so getting the best possible outcome is crucial to long-term financial stability and the allocation of parental responsibilities. The experienced attorneys at Orlando’s Goodblatt ∙ Leo can analyze your situation, and provide a thorough assessment of the most advantageous approach to settling outstanding divorce issues. Contact us at (407) 228-7007 to learn how this law firm can help you.

Skip footer and go back to main navigation