OUR OFFICE IS OPEN, AND WE ARE EAGER TO SERVE THE LEGAL NEEDS OF NEW AND EXISTING CLIENTS. WE ARE ACCEPTING NEW CLIENTS AND SCHEDULING MEDIATIONS. APPOINTMENTS ARE CONDUCTED VIA VIDEOCONFERENCE, TELEPHONE AND IN PERSON, IF REQUESTED. WE ARE ADHERING TO CURRENT CDC GUIDELINES, AND ASK THAT YOU DO SO ALSO. STAY SAFE AND HEALTHY.
407-228-7007
Se Habla Español 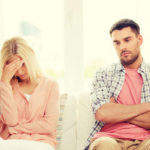 In decades past, most couples’ relationships followed a similar progression pattern: start dating, get engaged, get married, buy a home, then have children. Today, although many couples continue to follow this pattern, it is not unusual to see unmarried couples purchase homes and have children together. Sometimes, these couples marry later and in other… Read More »

The Rights of Unmarried Couples in Florida

Many couples eventually decide to marry at some point in their relationship, especially including now same-sex couples who may now marry nationwide. However, some couples decide not to legally marry, for a variety of reasons. Unmarried couples still have very limited legal rights in Florida. The exception concerns unmarried couples and their children; the… Read More »