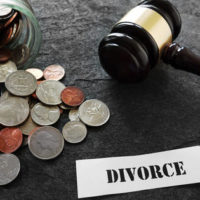 When a married couple decides to file for divorce in Florida, they should be prepared for the division of marital property. Under Florida law (Fla. Stat. § 61.075), marital property is divided in Florida according to a theory known as equitable distribution. When property is distributed equitably, it is distributed (or divided) in a manner that is fair to both parties but is not necessarily equal. In many cases, the court might decide that equal distribution would be fair or equitable, but sometimes that is not the case. Marital property that is subject to division includes both marital assets and liabilities, meaning that property of value as well as debts from the marriage are distributed between the parties.

Property distribution in general can be quite complicated, but it becomes even more complicated when property is commingled, or when certain non-marital assets acquired by one of the spouses increases in value during the marriage. Under Fla. Stat. § 61.075(6)(b)-(c)(I), certain non-marital property that increases in value as a result of one spouse’s efforts or as a result of passive appreciation may in fact become divisible—at least in part—as a marital asset. We will explain in more detail.

As we mentioned, marital property consists of both assets and debts of the marriage. When a married couple gets divorced, all property in possession of either party typically is considered marital property unless one of the following is true of the property:

Commingled property refers to property that began as separate or non-marital property, but the spouse did something with it to mix it with marital property. For example, Spouse #1 had a savings account with $5,000 in it, and that spouse deposited the $5,000 into a marital savings account after the marriage. Over the course of the marriage, that money appreciated in value. Or, for instance, Spouse #1 used that $5,000 as a down payment on a house, and the house appreciated in value over the course of a long marriage.

That language can be difficult to understand, but we will break it down with an example. Imagine that we are back at the scenario described above in which Spouse #1 uses $5,000 of non-marital property to make a down payment on a marital home, and that spouse takes out a mortgage for $100,000. Spouse #1 and Spouse #2 make mortgage payments on the house for 30 years, at which point they pay off the mortgage and own the house. After 35 years of marriage, Spouse #1 files for divorce. During the marriage, imagine that the property appreciated in value, and the house is now valued at $300,000. Here is how the passive appreciation is calculated:

If you have questions about valuing passive appreciation of non-marital property, you should speak with an Orlando divorce attorney about your case. Contact Goodblatt-Leo to learn more about how our lawyers can help.